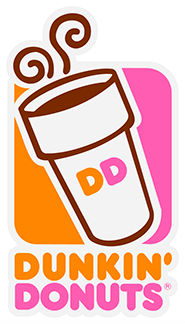 Box 4’s relationship with Dunkin’ Donuts is an amazing one, to make it short. In the months following the reorganization of Box 4, the executive board wanted to approach Dunkin’s and humbly ask for donated product – coffee, cups, and lids. After being put in touch with Dunkin’s corporate, corporate asked to see the Providence Canteen truck. A call was made to our friends in Providence, and at the next meeting in Canton at Dunkin’s headquarters, they viewed the Providence truck. This occurred three times over a few months.

Then Dunkin’s corporate gives President Steve Favulli a phone call, and everything changes. They offered to not only donate coffee, cups, and lids, but to also pay for a brand new truck (a $263,000 investment). After picking our jaws up off the floor, we quickly agreed to the offer, and in early October, the deal was announced publicly.

Nearly two years later, Dunkin Donuts is still a great supporter of Box 4 Special Services, and we work together at many occasions.